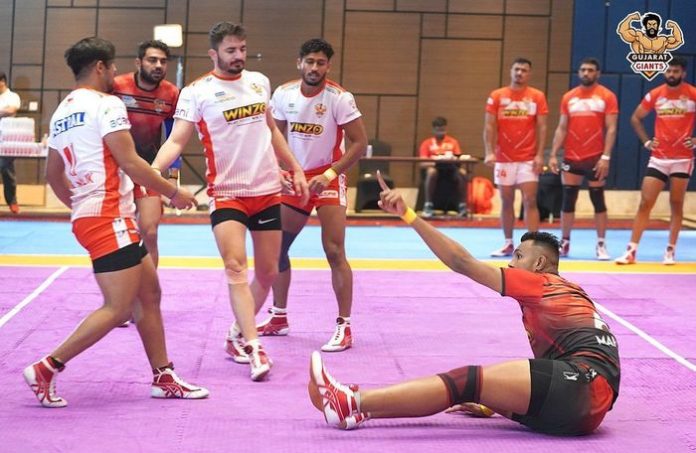 The Telugu Titans will face the Gujarat Giants in the 48th match of the Pro Kabaddi League 2021-22.

This season has been a nightmare for the Titans. They have lost four of their previous five games, including three consecutive defeats. The Titans are at the bottom of the table after a 48-38 loss to U Mumba in their previous match.

Gujarat Giants, on the other hand, had lost their last three games before into this match. In their most recent match, they were defeated by the Patna Pirates by one point (27-26).

Gujarat Giants have experienced a similar season to the Titans, with one win in seven games. They are now ranked eleventh, just one position above the Titans in the league table.

So far, both teams have struggled throughout the competition. They are under pressure to win games because they are at the bottom of the league.

Gujarat would be unhappy as they did not win a close encounter against the Patna Pirates.

The Titans boast a team of promising young players, but they have yet to show up this season. The Titans are yearning for their first tournament victory.

With their morale low, a match against the Gujarat Giants, who have also struggled, could be just what they need to get back on track.

Prediction: Telugu Titans might defeat Gujarat Giants and can get their first victory of the season.