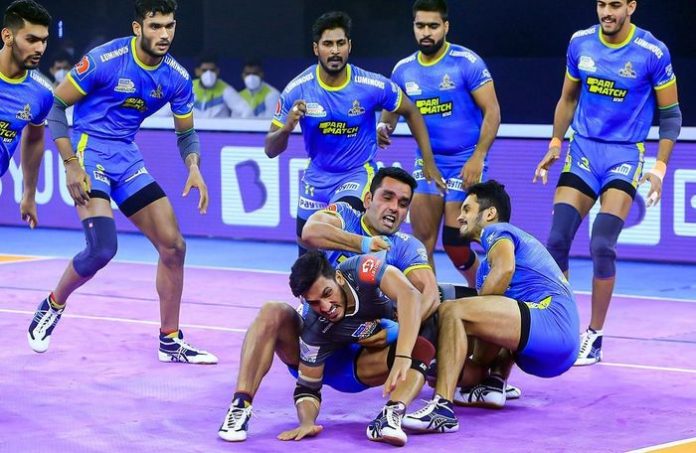 The defending champions Bengal Warriors will face the Surjeet Singh-led Tamil Thalaivas in the 51st match of Pro Kabaddi 2022. The Thalaivas will be the early favourites to win this competition.

Surjeet Singh’s team is presently fourth in the points table, with 27 points after eight games. The Chennai-based team has not lost in their last five games.

Meanwhile, after winning their first two games, the defending champions Bengal are in a slump. The Warriors now lie in 10th place on the points table, having scored only 17 points in eight games.

The Thalaivas will be full of confidence after defeating the Haryana Steelers in their previous match. The Thalaivas defeated the Steelers 45-26 thanks to an outstanding defensive performance.

The Warriors don’t have any momentum going for them. They are currently on a two-game losing streak, including a 17-point loss to Puneri Paltan in their most recent match.

The Tamil Thalaivas are unbeaten in six games, with three victories and four ties from eight games. A win on Thursday will help them keep their place in the top four.

Based on their present form, the Tamil Thalaivas are big favourites to win this match, but the Bengal Warriors can win if their defensive unit performs well.