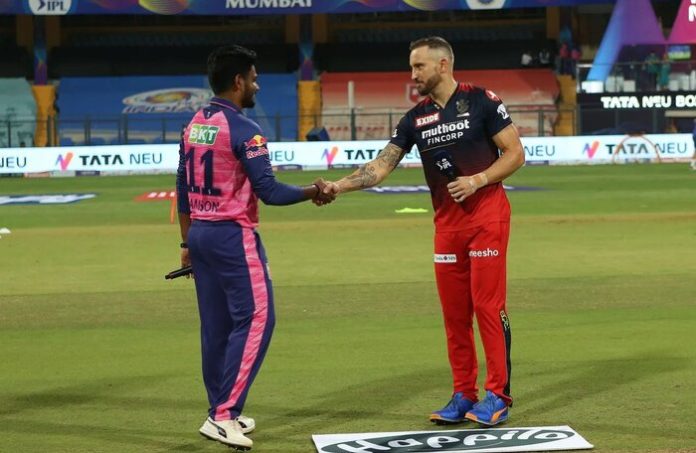 Rajasthan Royals and Royal Challengers Bangalore are all set for a fierce battle against each other in the Qualifier 2 match of IPL 2022 on  May 27 (Friday) at Narendra Modi Stadium in Ahmedabad.

The RR team under the captainship of Sanju Samson has managed to impress fans with their unbeatable game. The team played 14 matches in the current series of IPL and has won 9 matches. They have earned 18 points in their pocket and reside in the 2nd spot in the points table.

On the other hand, the Bangalore team is led by Faf du Plessis and has won 8 challenges out of the 14 matches. The team bagged the 4th spot in the points table before defeating the Lucknow team and escaped to qualify for playoffs.

In the Qualifier 1 match, RR lost the match to Gujarat Titans by 7 wickets. The team batted first by setting a target of 188-6. Butler and Samson scored 89 and 47 runs respectively.

The RCB defeated Lucknow Super Giants in the Eliminator match by setting a target of 207-4. Rajat Patidar smacked 112 runs and took the match to another level. Today, RR and RCB will be facing each other for the third time in the Qualifier 2 match. Earlier, both the teams won one game each.

Today, the winning team will face Gujarat Titans in the finals, whereas the opponent will be knocked out of the championship.

The Ahmedabad stadium features red soil pitches that tend to dry off sooner and assist the spinners.

Usually, batters find it difficult to score well over such pitches. The venue has seen some low-scoring games as well.

The temperature is expected to range near 36°C with 48% humidity and 18-22 km/hr wind speed. There are no chances of rain today during the game.

The Royal Challengers Bangalore are expected to win this match considering the team combination and previous performances.