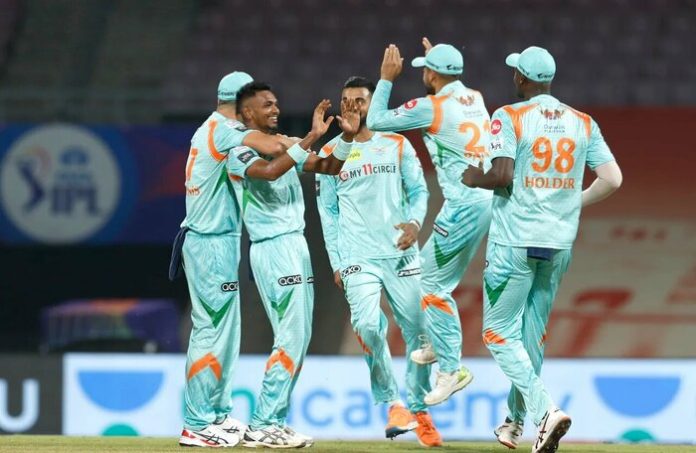 The Lucknow Super Giants and Punjab Kings are all set to encounter each other on the fields in the 42nd Indian Premier League match which is scheduled to be played at the Maharashtra Cricket Association (MCA) Stadium, Pune on April 29 (Friday) from 7:30 p.m. onwards. Both the teams have unmatchable batting squads and the cricket fans are excited to witness a powerful game today.

Currently, the Lucknow team has grabbed the fourth position on the points table by marking five victories in their pocket. LSG has been the youngest IPL team and joined the series this season, however, they purveyed outstanding manoeuvre by defeating Chennai Super Kings, Sunrisers Hyderabad, Delhi Capitals, and Mumbai Indians, in their previous matches. The team has unfortunately lost 3 matches against Gujarat Titans, Rajasthan Royals, and Royal Challengers Bangalore.

After defeating Mumbai India for the second time in their previous match, the Lucknow Super Giants seem to be unstoppable. The team will be high on confidence and it would be great to witness how the experienced Punjab Kings will stop these newcomers with their proficient gameplay.

This will be the second match the second time that both the teams will be facing each other in the IPL 2022 challenge. PBKS is currently at the sixth position on the points table and is looking to capture every possibility to improve its score. They have played eight matches this season and managed to secure four wins. Shikhar Dhawan and Bhanuka Rajapaksa of Punjab have showcased tremendous batting strategies in the previous matches.

Today, the temperature is expected to be around 35°C with humidity ranging between 33-35% and wind speed would vary between 16-19 km/hr. There are no circumstances of showers during the game.

The pitch at the MCA Stadium Pune is believed to be good for batting initially, along with assisting spinners as the game proceeds. The chasing team is expected to have an advantage on the wickets and the boundary size is between 80-85 meters.

Considering the team combination and previous performances, Lucknow Super Giants is expected to win this match.