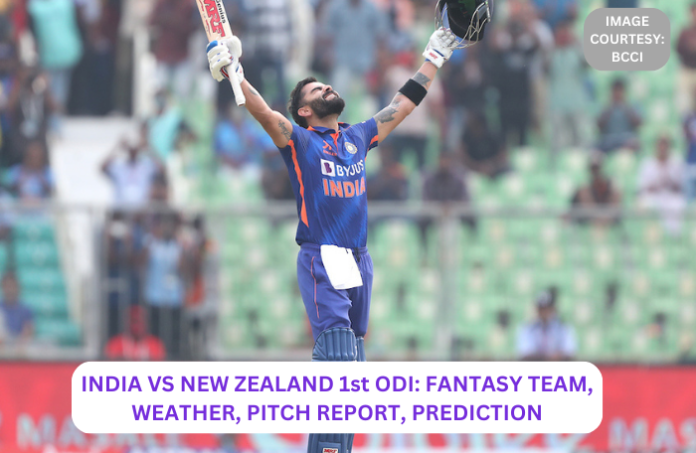 After dominating Sri Lanka in the 3-match ODI series, India will take on New Zealand in another 3-match ODI series. The first match will take place at Hyderabad and it will be another test for Rohit Sharma and team as they build towards the World Cup slated to be held later this year.

New Zealand will be a sterner test compared to Sri Lanka, especially since they will be a confident unit after winning their last series win in Pakistan. For the Kiwis, captain Kane Williamson and head coach Gary Stead are not part of this tour along with Tim Southee, Matt Henry, Adam Milne, and Trent Boult.

It will be a good batting track in Hyderabad and spinners could well get more assistance from the track. There will be clear skies and a maximum temperature of 31 degrees Celsius.

It is a World Cup year and for India, they were ruthless against Sri Lanka and have been a solid unit in home conditions. New Zealand have the players to challenge the hosts, but as far as current form is concerned, India could well win this match.