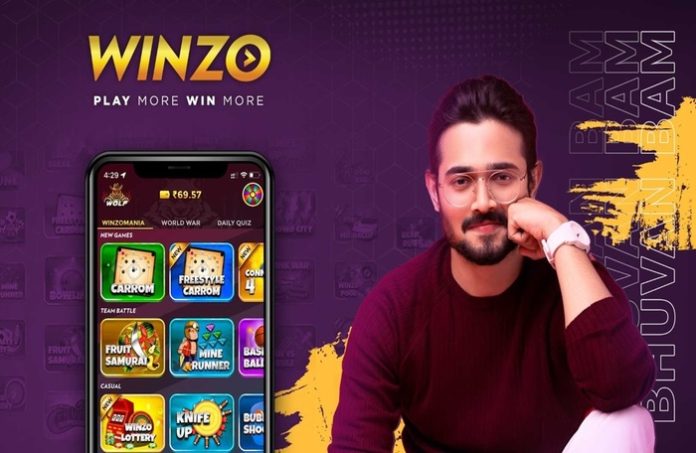 Bhuvan Bam, the foremost digital phenomenon and Filmfare award, has joined WinZO, the world’s largest vernacular gaming powerhouse. As part of this collaboration, WinZO and ‘BB’ will work together to create culturally relevant and relatable material for even the most remote parts of the country. The YouTube superstar has more than 25 million subscribers and over 4 billion views. He is well-known for his abilities as a comedian, actor, writer, singer, and songwriter.

WinZO’s strong understanding of the people and ability to provide exactly what they want has contributed to the company’s massive momentum and reach. Bhuvan is the newest addition to the WinZO brand wagon.

As part of this brand partnership, “BB” will work with WinZO to create unique content for his massive user base and beyond that resonates with millions, capitalizing on the potential. His diversified skill set and ability to acquire significant traction complement WinZO’s reach and diverse offerings across 6+ formats in 12 vernacular languages. WinZO’s purpose is to produce games in Bharat for Bharat and beyond, and our collaboration will undoubtedly contribute to that goal by educating and recruiting new enthusiasts, developers, and creative specialists.

The introduction, growth, and spread of social gaming,’ which involves the evolution of online games into being used as a medium to connect with the outside world and has been spearheaded by WinZO, which has amassed a massive user base of 75+ Million users in just three years, has opened up innumerable new avenues for India’s gaming community.

WinZO Has Hit It Out of The Park, WinZO Collaborates with Mahendra Singh Dhoni as Brand Ambassador

WinZO Has Hit It Out of The Park, WinZO Collaborates with...