How to Place Your Arm Effectively for Carrom 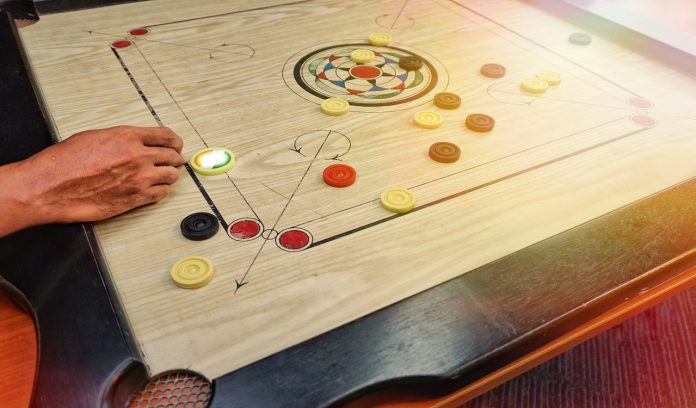 We know, you are surprised but yes, there are rules on how you have to place your arm on the board while playing Carrom. Keeping side rules, you need to place your arm effectively to shoot the striker accurately.

Carrom is a famous indoor game played globally. The game originated in India but due to its popularity, soon people from all over the world took interest in Carrom. And this interest has compelled the game developers to bring it to your fingertips. Now, you can play it on your mobile from anywhere and anytime.

The carrom rules are simple and pretty similar to that of the board game that you used to play in your childhood. While, placing your arm being the most important aspect of winning the game, we’ve curated some simple steps that are going to help you:

How to Place Your Arm Effectively to Win Carrom

You are not allowed to get up, move or tilt yourself while striking. This will be considered as a foul and you are penalized for the same.

Q) What is the best grip that one can practice in carrom?

A) A straight grip is always recommended. In this your hand is held palm side down while your other fingers merely touch the carrom board.

Q) How can I improve in the Carrom game?

A) You need to practise your strike angles and refine your aiming to get better in Carrom. Also, it is highly recommended that you know about all the carrom rules, fouls and scoring techniques of the game.

Q) What is thumbing in Carrom?

A) This rule is approved by the International Carrom Federation where you can shoot the striker with any finger including your thumb.

Placing your arm effectively is a technique that you ought to remember while playing the game to prevent fouling. Saving yourself from unnecessary fouls is another thing but placing your arm in a way that gives you a perfect shoot angle is what you should aim for.

Half of the game is won by this simple trick and when you are well-versed with this one, you are ready to nail every carrom game you play.