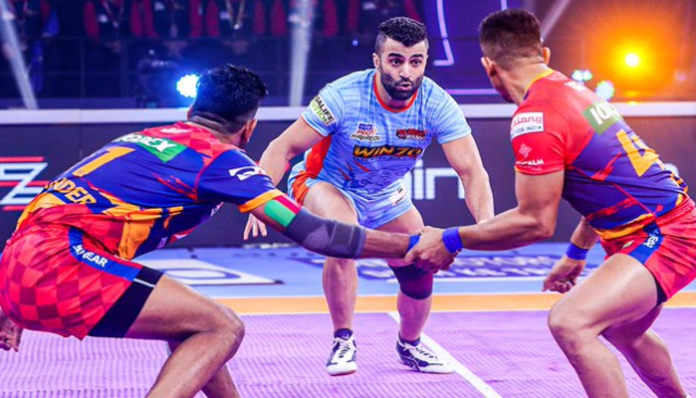 In the 92nd match of the Pro Kabaddi League 2021-22, the Haryana Steelers take on the Bengal Warriors. In terms of their last five games, the Haryana Steelers have been in good form. They’ve won three games in a row. However, they were coming into this game after a tie and a loss. Haryana will be looking to rebound from a 32-26 loss to the Gujarat Giants. They are presently fifth in the rankings, with six wins and six losses from 15 games, accumulating 43 points.

Meanwhile, the Bengal Warriors, the defending champs, have earned some much-needed momentum. They have risen significantly in the rankings, getting to eighth place and still in contention for the playoffs. From fifteen games, the Bengal Warriors have seven victories and seven losses. In their last five games, the Warriors have three victories and two losses to their name. Last time out, they were defeated by the Gujarat Giants.

This is an important game for both teams. Haryana will try to maintain its position among the top six. Bengal will need to win to keep their dreams of making the top six alive.

Both clubs have lost their previous games and will be eager to avenge those defeats. The last five games have been fairly identical in terms of form, with both teams winning three games.

Throughout the season, the Haryana Steelers have been pretty consistent. Meetu Mahender and Vikash Kandola will once again be their key raiders. They appear to be more evenly matched of the two sides in this matchup.

The Bengal Warriors have been overly reliant on Maninder Singh, which is why they have struggled to put up a consistent performance this season. If they want to defeat Haryana, he will need the assistance of the rest of the team.

Haryana Steelers are expected to defeat the Bengal Warriors