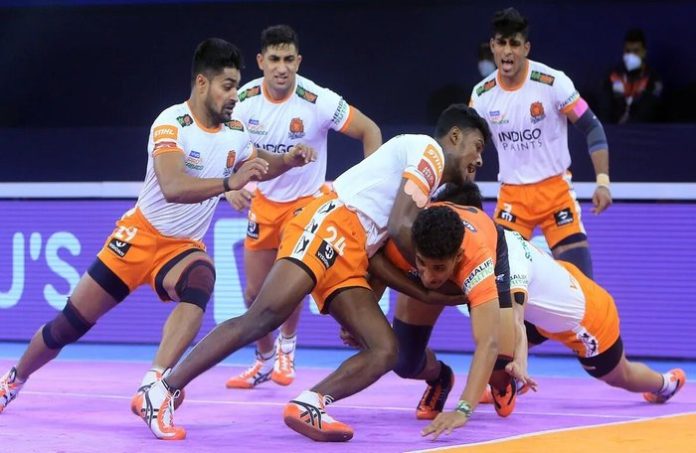 In the 88th match of the Pro Kabaddi League 2022, UP Yoddha will face the Patna Pirates.

This season, UP Yoddha has been hot and cold, sitting sixth in the points table with five wins, seven losses, and three tied games. The Yoddhas have been plagued by inconsistency, with only two wins in their last five games. They are now on a three-game losing streak, including a 26-31 defeat to the Bengaluru Bulls in their most recent match.

In the meantime, the Patna Pirates have outperformed expectations this season. They are currently third in the league standings, with eight wins, four losses, and one tie. The Pirates have also won just two of their last five games, including a 30-51 loss to the Jaipur Pink Panthers in their most recent match.

When the two teams met earlier this season, UP Yoddha defeated the Patna Pirates 36-35 in an exciting thriller. They will attempt to finish the season with a season-double over the Patna-based franchise in order to move up to third place in the league.

Pardeep Narwal and Surender Gill struggled to get off to a good start against the Bengaluru Bulls. While their defence is on fire, UP Yoddha’s raiders need to pull up their socks right now.

At the same time, the Patna Pirates’ defence is allowing far too many points. Their raiders are doing well on offence, but their defenders are falling short.

This contest is predicted to be won by UP Yoddha.