How to Play 8 Ball Pool – The Ultimate Guide 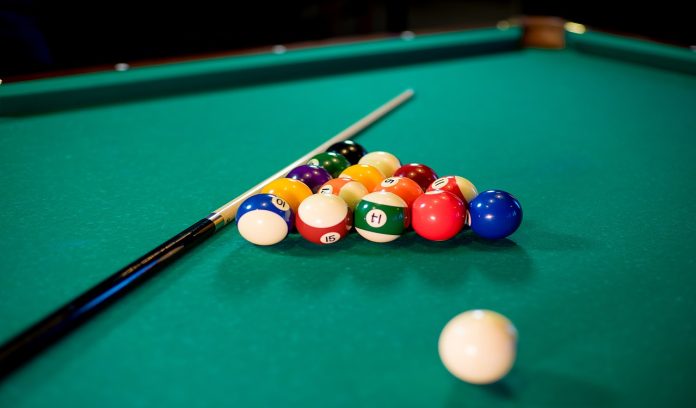 Playing 8 ball pool can be a little overwhelming when you don’t know all the rules. So, let us know how to play the 8 ball pool in detail.

8 ball pool game is an American style game, super engaging and fun. It is just like pool billiards where you play with cue sticks, sick pockets and sixteen billiard balls.

We know that it is quite difficult for you to visit a club to relax on a regular basis amidst your busy schedule. The popularity of the game has brought this game to your fingertips where you can play it on your mobile screen.

If you just want to relax and use your pool skills, this game is made for you. Although, if you are a beginner, you need to follow certain rules and should learn how to play 8 ball pool. Let us take a look at how you can ace the game as a beginner.

8 ball pool is a game from 1900, United States. This game was an improved version of Pyramid pool, that allowed any eight  of the fifteen object balls to be pocketed. Soon, 8 ball pool became popular and players from all over the world started playing it professionally. Many amateur players aimed to master the art of pooling and enter into serious tournaments.

Though, there are several variations of the game and different areas follow play the game differently. But, the World Pool- Billiard Association has laid down the rules which are to be followed when playing a competitive game.

8 ball is a call shot game played with the help of cue sticks and 15 object balls which are numbered from 1 to 15. A group of 7 balls (solid colours) have to be pocketed by a player while the player has to pocket 9 balls through 15 (striped balls). So, the player who pockets all his group balls first along with a legal 8-ball wins the game.

According to the world standardized rules, the pool table is of size 9 by 4.5 ft. Amaetur players can have a pool table according to the manufacturer or choose a size suitable for them. Some tournaments and competitions may use a table of size 7 by 3.5 ft.

There are seven solid coloured balls numbered 1 through 7 and other striped balls that are numbered from 9 to 15. There is a common 8 ball and a cue ball that a player pockets to win the game.

A cue stick can be referred to as ‘Billiard cue’, ‘pool cue’, or ‘snooker cue’. It is an essential object of the game which is used to strike the ball with a calculated speed in order to pocket a ball. Cues are tapered wooden sticks, typically about 57–59 inches long and usually weigh between 450–600 g. Generally, cues can be of size according to the player’s arm length and height.

At the start of the game, the balls are placed at the foot of the table in a triangular setup. The balls are placed in such a way that they are all in contact with each other. The 8th ball is placed at the centre of the triangular setup. The cue ball is placed anywhere wherever the player decides behind the imaginary line that runs horizontally on the table.

8 ball pool is a skill based game with a little bit of luck factor where you pocket your group of balls (solid coloured or striped) in the pockets (that you call for).

A player continues to make shots until they commit a foul or fail to pocket an object ball. In such a situation, your opponent is entitled to place the cue ball anywhere on the table.

Scoring in 8-ball largely depends on your skill and what angles you choose to strike the ball so that it ends up in a pocket. But there are few things that you can apply to score more in a 8-ball pool game.

Q) What are the rules for playing 8-ball pool?

A) The basic rule for playing 8-ball pool is to shoot the ball in such a way that you pocket it.And, you can shoot the ball (numbered 8), if you’ve pocketed all balls of your group.

Q) How does the 8-ball pool game begin?

A) In the starting of the game, the balls are placed in a triangular rack near the foot of the table. The setting has to be broken by a player. After the break, the players take turns and pockets the object balls of their chosen group. Once the object balls are pocketed, the player aims for the 8th numbered ball.

Q) How do you win every time in an 8-ball pool?

A) Well, there is no sure shot method that makes you win everytime. It is just that you practice the game at lower bets and then move to the game with higher bets.

This was all about the 8-ball pool and how you can ace the game even as a beginner. We do not claim that these are the only methods to win the game, obviously, you are free to experiment your own tips and tricks regarding the game.

If you come across any tips and trick that we’ve missed out on, please let us know on our Instagram.

Till then, All the best!

Top 10 Tips and Tricks That Makes You Play Carrom Like...