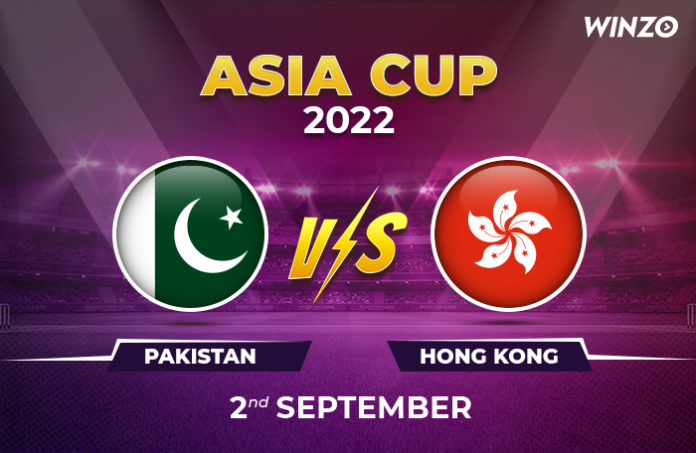 The Pakistan cricket team is all set to face Hong Kong in the 6th strike of the Asia Cup 2022 at the Sharjah Cricket Stadium in the United Arab Emirates today, on September 02, 2022. Both the teams have faced each other thrice in ODIs of the Asia Cup tournaments and Pakistan has been victorious each time.

Pakistan lost its opening match to India in the series, followed by Hong Kong who couldn’t chase the bars set by the Indian team. In their first challenge against India, Pakistan scored merely 147 runs before getting all out, in which Mohammad Rizwan top-scored with 43. However, Bhuvneshwar Kumar and Hardik Pandya’s scores aided India to restrict within a chasable target. At some points in the match, India also faced a bit of a low during their chase, but Hardik Pandya and Ravindra Jadeja aced the game in India’s pocket.

On the other hand, Hong Kong qualified for the championship by beating the other qualifiers and emerged to be victorious. Today’s match is significant for both teams and fans are expecting a mind-blowing game today from each side. In the previous championship of 2018, Hong Kong proceeded close to defeat India and lost the game by mere 26 runs with Nizakat Khan scoring 92 runs.

In today’s challenge, the team that wins the toss might opt to bowl first. Pakistan chose to bat first in their previous game and the results were adverse. They might proceed with bowl first and till now, the teams who batted during the second innings have won the matches in the current championship.

Sharjah Cricket Stadium features an average-scoring ground. The average is around 149 and the pitch is typically flat and might be a bit slow for spinners.

According to the current form of the players and previous performances, Pakistan is expected to be the winner in today’s match.