WinZO
HomeContestKnow How to Play Chess Like an Expert
ContestTips & Tricks 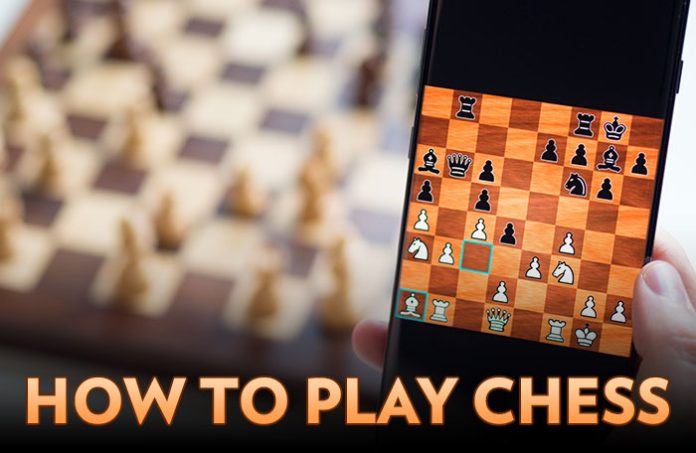 Chess is a popular board game and believed to be among the oldest such indulgence across the world. It is a two player game and involves a checkered board having a contrast of equally sized white and black squares. Each side, that is the black and white oppenents comprises of an indiviual king, queen, and team of soldiers. The main objective while playing chess must be to capture the opponent’s king. If you are new to this game and wish to know how to play chess, here are detailed information for you that everyone must understand before playing it.

Before understanding how to play chess, you must know a few details about this game, including the structure, set up, moves, etc. Kindly note that the chess pieces are arranged in the same way each time. The second row is loaded with pawns. The rooks (elephant) are placed in the corners, followed by the knights (horse) and bishops (camel) subsequently. Then the queen resides, along with King who owns the centre of the row.

How the Chess Pieces Move

Let’s understand the moves first before proceeding with how to play chess. There are 6 different kinds of pieces moves differently. Always remember that these pieces cannot move through other pieces, however the knight can jump over other pieces but never move on a square with their own pieces. The same movements can be made to capture the opponent piece’s place. You must know that all the pieces are moved into places where they can seize opponent’s pieces. Defending your own pieces is an important part of the game.

Whether white or black, the king is the most important piece and shall be protected till end. However, his moves are quite restricted and can move only one square in any direction. Whenever the king is attacked the opponent needs to call ‘check’.

Queen is the most influential piece in chess and can move in any straight direction, including forward, backward, sideways, or diagonally.

A rook may move anywhere it wants but only forward, backward, right, and left.

Bishop can move only diagonally and as far as it wants, however, bishop need to maintain the color, that is, either light or dark.

Knights can move in the shape of L, either rightwards or towards left.

Pawns proceed forward and capture diagonally. Pawns can move one square forward at a time, except for the very first move where two squares can be covered.

The following are the important rules that you must know before understanding how to play chess:

How to Play Chess

Now, is the time to know how to play chess. Now, you know the moves and two important game changing rules. Here are the steps to play chess game online:

The following are the few important strategies to win chess games:

Know you have a basic idea about how to play chess! If you wish to play this game now then download the Winzo App and have the best encounters of this amazing game.

Frequently Asked Questions about How to Play Chess

Q) Which is the best app to play chess?

A) The Winzo is one of the most trusted gaming platform to play chess online. You also get a chance to win real cash with all your wins. The app ensures a fair game and easy cash transactions.

Q) Which is the most important piece in chess game?

A) You always need to save your king in chess because if you loose it, the game ends. This make king the most important piece in the chess game, followed by the queen.

Q) Can I win real cash by playing chess?

A) Yes, the Winzo App gives you a chance to win real cash. You can take some practice matches and later indulge in cash based indulgences to win real cash money by playing chess.