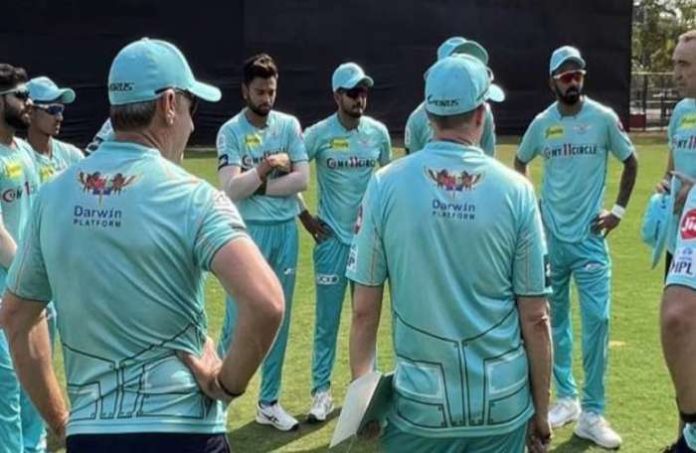 Gujarat Titans will play Lucknow Super Giants in the fourth match of the IPL 2022 at Wankhede Stadium in Mumbai. This match will feature both teams making their IPL debuts.

Shubman Gill will be Gujarat’s main hitter this season, but keep an eye on Rahmanullah Gurbaz, who has the ability to slam bowlers all over the park. In the middle order, Hardik Pandya’s presence will be critical. Rahul Tewatia and Rashid Khan can both bat and spin. The pace-setters will be Mohammad Shami and Lockie Ferguson. KL Rahul, Quinton de Kock, and Evin Lewis are all expected to play in Lucknow’s top three. The batting, though, appears to be a little frail after that.

Avesh Khan and Dushmantha Chameera will try to pick up where they left off last season. The third pacer will almost certainly be Mohsin Khan or Mayank Yadav. The primary bowler for LSG will be Ravi Bishnoi. In both small and mini grand leagues, Manish Pandey will be a safe captaincy candidate. Rashid Khan will be a good captain in the big leagues. Manan Vohra and Vijay Shankar are two of the odds-on favorites.

Batting has always been a strong suit at the Wankhede Stadium. The track has a consistent bounce, and the shorter boundaries make the batters’ work even easier. There will be a lot of dew, so after winning the toss, both teams will prefer to bowl first. Wankhede Stadium is known for its high-scoring games because to its lightning-fast outfield.

Both team playing their first games in IPL 2022

On matchday, the temperature is forecast to be approximately 31°C, with 54 percent humidity and a wind speed of 14 km/hr. During the game, there is no danger of rain.

Despite the fact that both clubs are without major players, LSG appears to be in a better place and will start as favorites versus GT.

WinZO Has Hit It Out of The Park, WinZO Collaborates with...