Learn How to Play Snakes and Ladders and Win Money 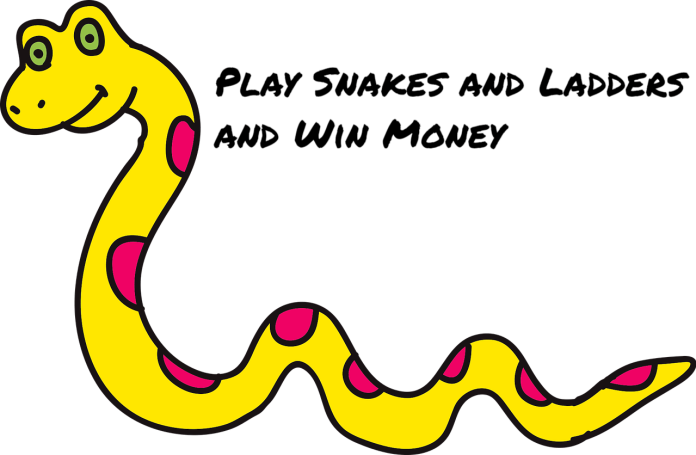 Snakes and Ladders is a traditional game where players move their tokens along a grid of squares based on dice rolls. The game was first known as “Moksha Patam” in ancient India.

This game has grown in popularity over the years, and you can now even play it online. The game’s goal is still the same, which is the best part! You need to follow the path of the dice for your token from beginning to end. However, as you move up the ladders with your token in pursuit of the 100th box, be careful not to step on a snake’s head.

4 Easy Steps How to Play Snakes and Ladders

Here in this article, we will present a complete guide on how to play snakes and ladders in easy to understand steps.

1. Pick the Board as Well as the Colour of Your Token

Once you select the board, you can start the game. Once the number of players are decided, they will then choose a token of colour and then place their respective tokens at the start position. Roll the dice to start the game.

2. You Can Move the Token or Skip Your Chance

What value the dice shows, press on the tokens symbol to move your token for the first time. Tap your token and they will move automatically as per the number that has been rolled. When one of your tokens appears on the board, you must tap on the appropriate token to decide which one to play.

Apart from this, you can also choose to skip your opportunity. Two skips are permitted during the game. You will be eliminated if you skip the game three times.

3. The Opponent’s Token Must be Captured

By landing on your opponent’s token, you can take it. The opponent whose token is taken automatically goes back to the starting position. Additionally, all of your opponent’s opponent’s token’s acquired points are lost as a result of this. The captured token can be reactivated by the opponent without rolling a 6. The one who successfully takes the other player’s token gains an extra turn.

4. Try to Get the Maximum Number of Points

One point is awarded for each box that is moved, and an additional 100 points are awarded for each token that reaches the 100th box or the finish line. The number of boxes a token jumps while ascending a ladder is added to its score. The token also loses so many points if it touches a snake’s head and is knocked down.

Q) Who wins the game?

A) To go to the 100th box once you’ve reached the last row, roll the exact number of dice. You will have to move another token on the board or miss your turn if you roll more or less than what is required. The game is won by the player with the highest score. Depending on the format you select, the funds are divided. The reward is divided amongst the players if there is a tie.

Q) How to play Snake and Ladders online?