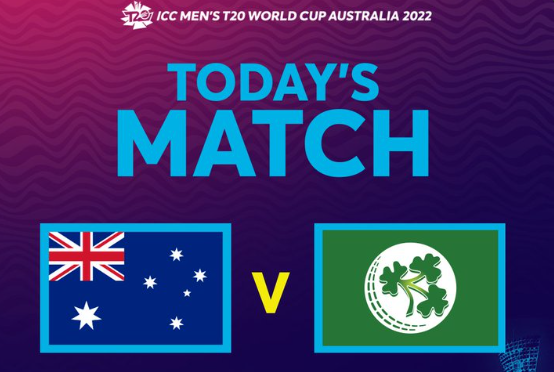 Australia will take on Ireland in a crucial fixture for the hosts in Brisbane. New Zealand sit pretty at the top of the table and now there is a tussle for the second spot in the group. Australia go into this match as favourites against Ireland, but they will have to be at the top of their game. Ireland’s stunning win over England has spiced up things in Group A, and they go into this match placed better than Australia owing to the net run-rate.

For Australia, David Warner needs to get cracking as he has not been able to hit his stride in the tournament with scores of 5 of 11. However, he will remain a threat on the bouncy track in Brisbane and has been Australia’s most consistent batter since 2019. His numbers are quite staggering with an average of 56.52 couple with a strike-rate of 144.35.

For Ireland, Josh Little comes after a great game against England. He struck in the powerplay when he got rid of Jos Buttler and Alex Hales. He will be a potent weapon against Aaron Finch and can also trouble David Warner with his seam and swing.

Ireland have played just the one international game at Gabba that came back in the 2015 ODI World Cup where they beat UAE. Paul Stirling, Andy Balbirine and George Dockrell are the survivors from that game and will hold the key against Australia.

For Ireland, their fortunes are still in their own hands. After their win over England, if they manage to beat Australia and New Zealand they will qualify for the semi-finals irrespective of any other result in the group.

Australia, on the other hand, will need to not only win their remaining matches against Ireland and Afghanistan, but will have to be dominant in their wins to make up for the 89-run defeat against New Zealand.

There are predictions for some shower later in the day but it should not be impacting the Australia vs Ireland game. As has always been the case, there is great pace and bounce at the Gabba and hence, we can expect a high-scoring contest.

Australia are the defending champions and they go into this match as overwhelming favourites to bag a win. However, Ireland will be confident after their win over England and should not be taken lightly.

Best Cricketers in the World